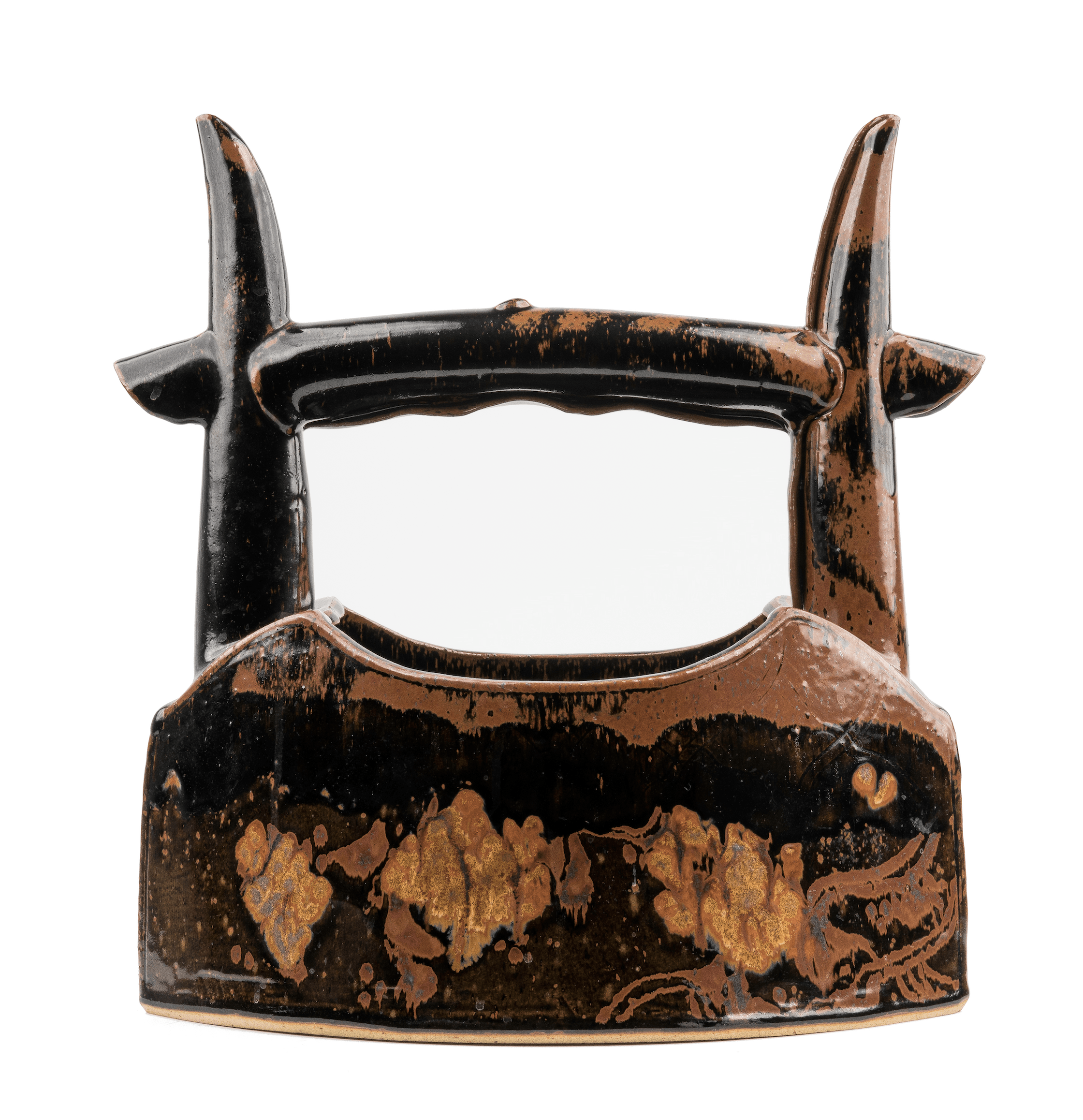 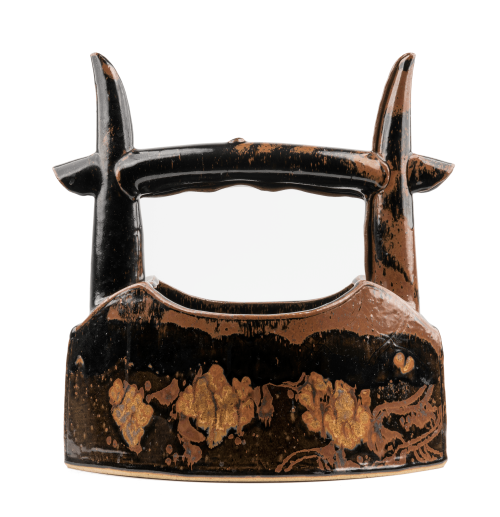 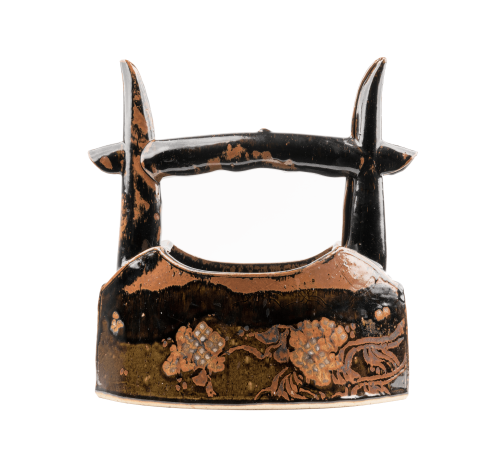 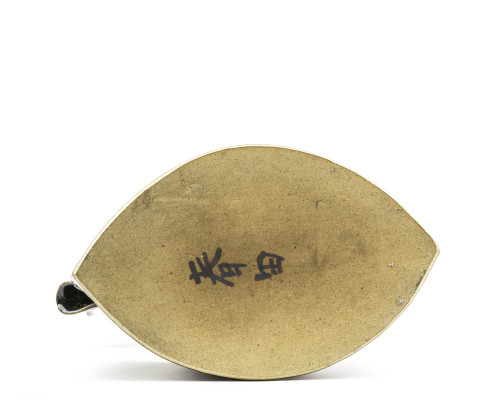 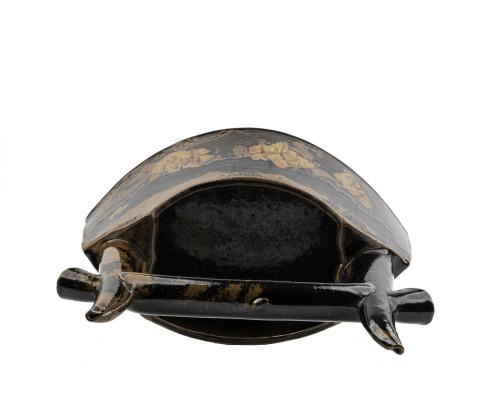 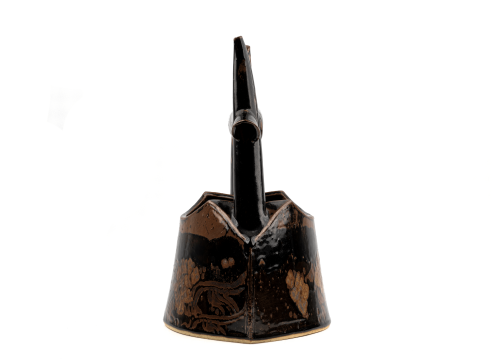 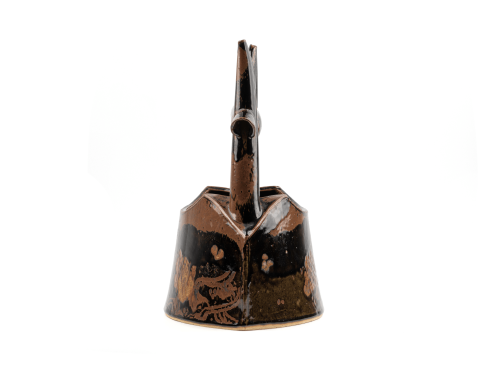 This Japanese studio art pottery basket signed Yosuke Haruta, a supposed apprentice of Shoji Hamada and associated workshop is in the vein of the contemporary 20th-century studio pottery style that was frequented by many of the 20th century modern Japanese, and heavily influenced European and American potters.

In the tradition of the Mingei folk art movement, founded by Yanagi Soetsu ( 1889-1961), these ceramic and pottery works mixed traditional and modern pottery forms of earthenware, stoneware, and porcelain with traditional Japanese glazes such as the Tenmoku glaze, the Nuka glaze, or the Kakipersimmon glaze.

This basket is decorated in the Tenmoku glaze also know as a Temmoku or Temoku glaze.  Tenmoku glazes were created to imitate Jian ware or Chinese stoneware which originally dates to the Song dynasty.  Jian ware in the Chinese vein also  known as Hare’s fur or  Oil Spot glazes

Hamada was known for using specific glaze types, and while Tenmoku glazes have an independent character, they are mostly associated with being used by Shoji Hamada 1884-1978.

This form of a large basket unusual in its form and size mostly these works found in dishes, bowls, and vases with the application of this work as a form of decor having many applications including use as a larger vessel for the practice of Ikebana.

This work not produced in the Hamada workshop is decidedly later and possibly circa then 20th century, 1970s-1980s. 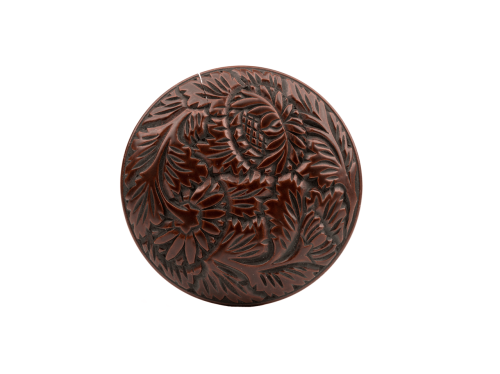 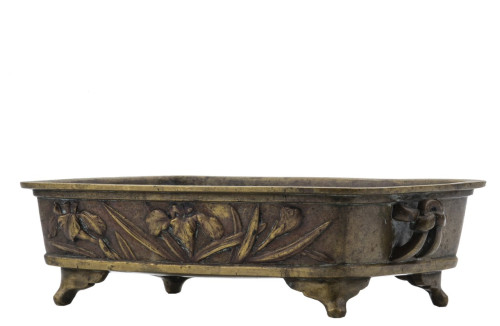 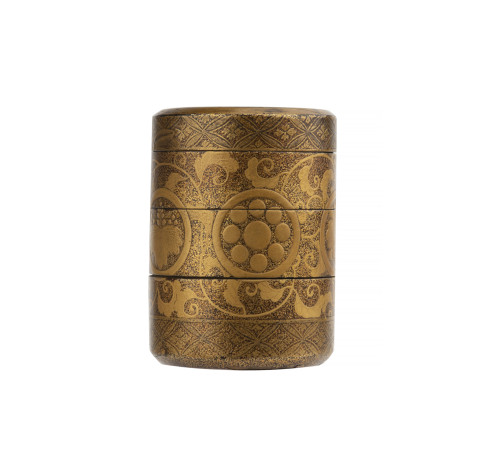 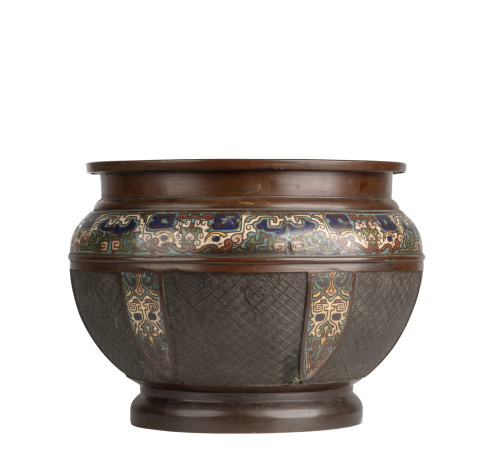 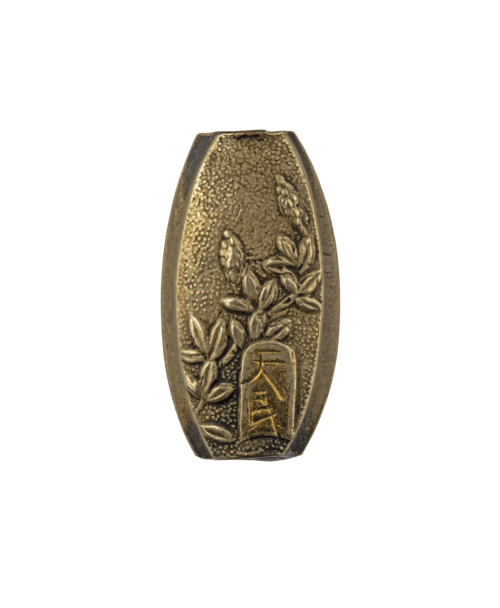 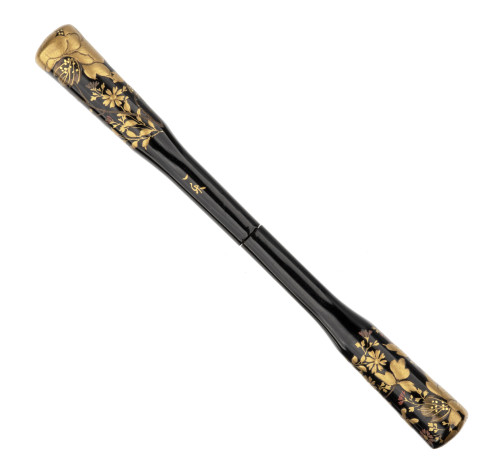 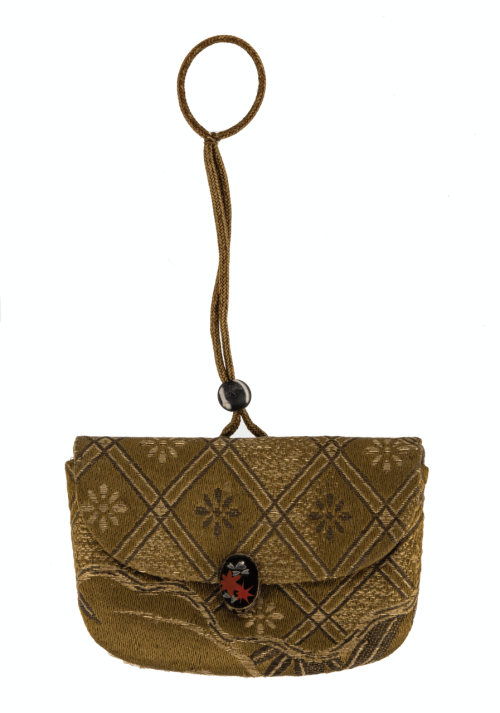 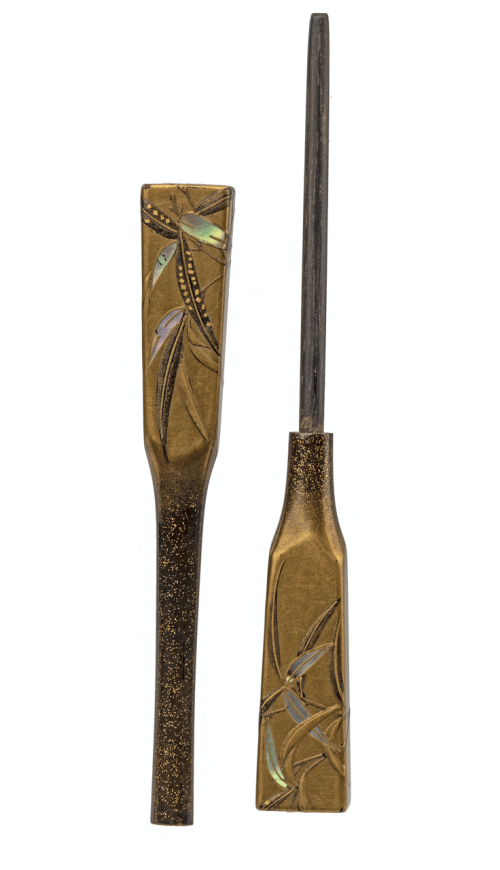