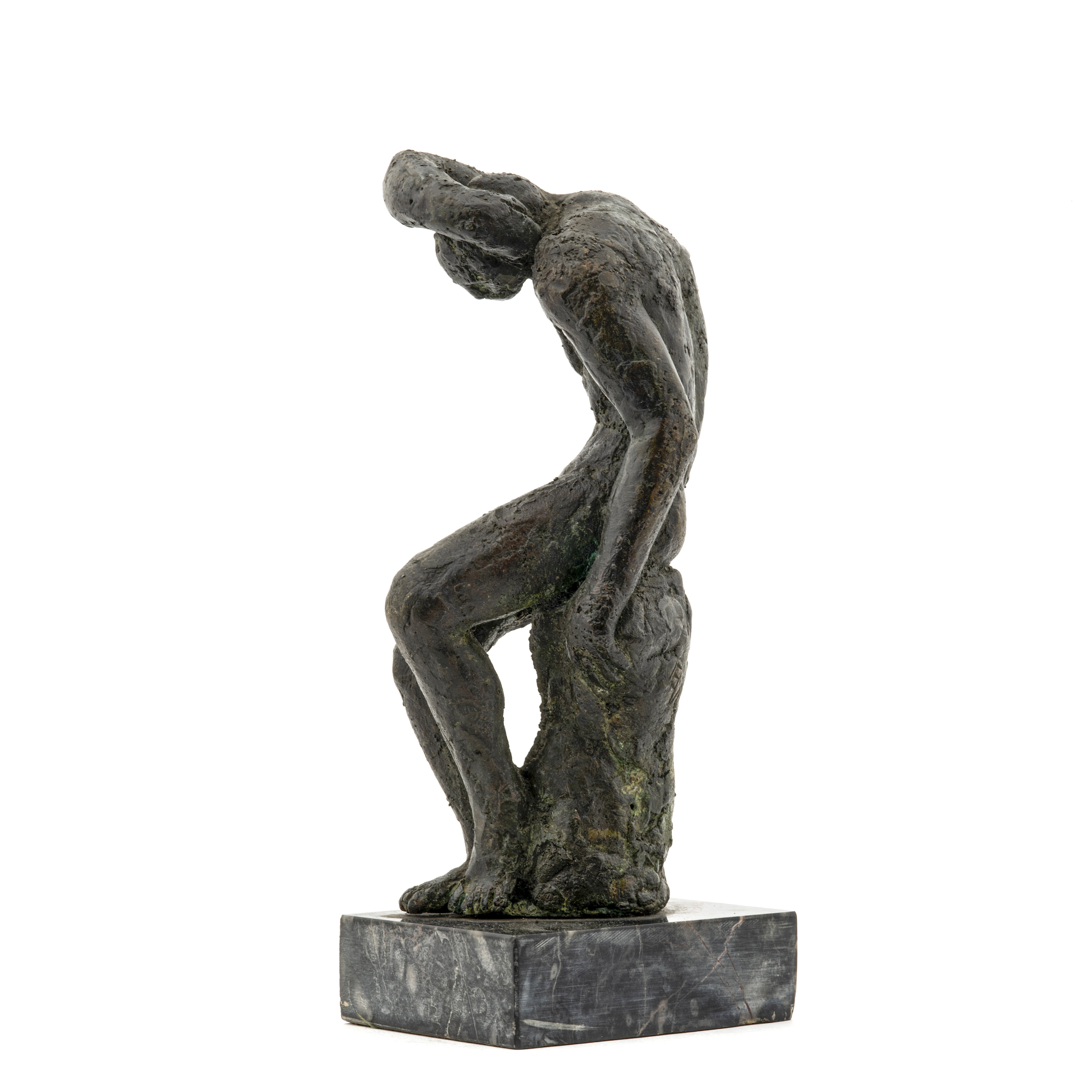 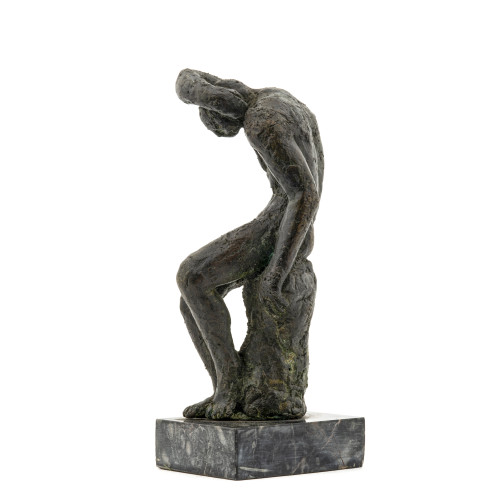 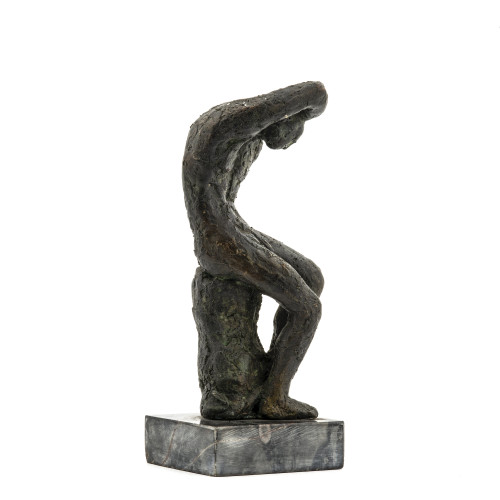 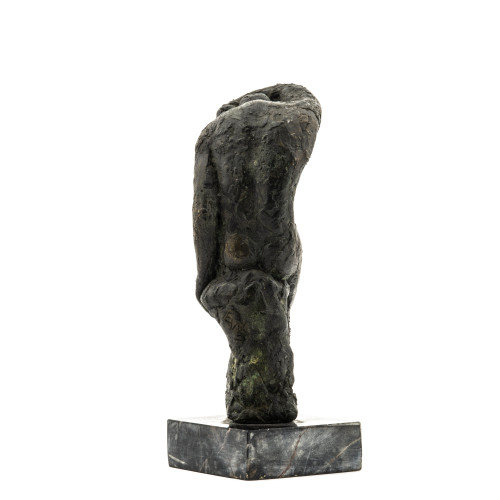 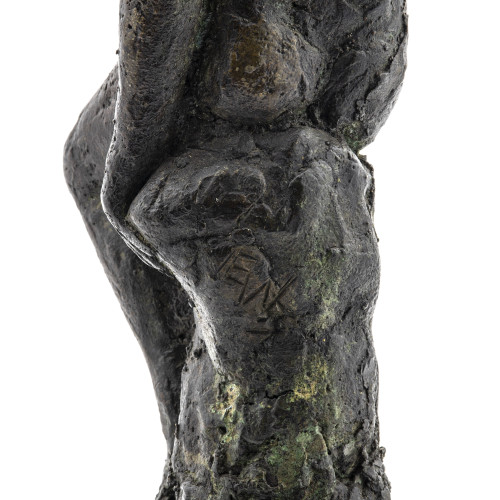 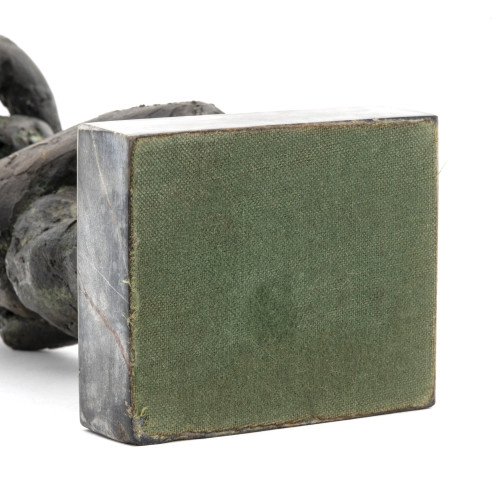 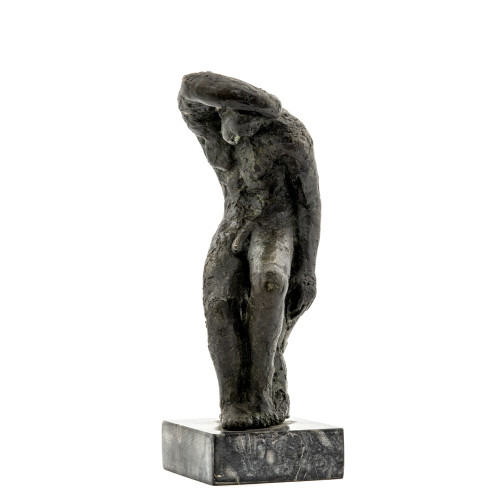 This vintage modernist figurative statue in a semi-abstract style dates to the mid 20th century circa the 1960s and is signed “EW”.

Partially related in a manner to bronze works in the brutalist style of raw construction and the figurative school of artists such as Dame Elisabeth Frink, this sculpture appears as materials formed to resemble a man unprocessed and undressed.

The origins of Brutalism are believed to have started with the raw modular design of Le Corbusier, the Swiss-French architect that is also considered to be one of the founders of what is modern architecture. Brutalism was deemed to be devoid of feeling, the austere quality of raw materials without ornamentation; however, Brutalism also retained geometric angular form. Unlike this work which correlates more closely to a post-war, expressionist style in a loosely attributed manner of Alberto Giacometti, or more closely to the sculptures of Frink and her school of figurative school.

In the vein of the sculptures of Alberto Giacometti, which have been defined as evading easy categorization this work to is not in one particular manner but resembles a struggle between identities.

The artist EW, as signed, is not further identified.

Condition: With oxidation, tarnish, and wear to marble and felt pads 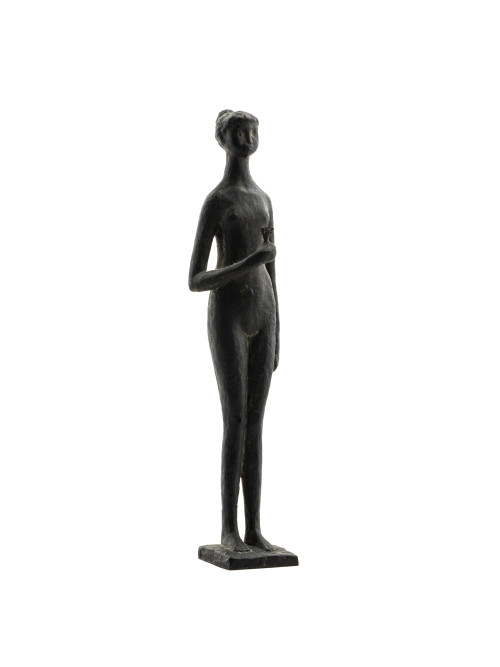 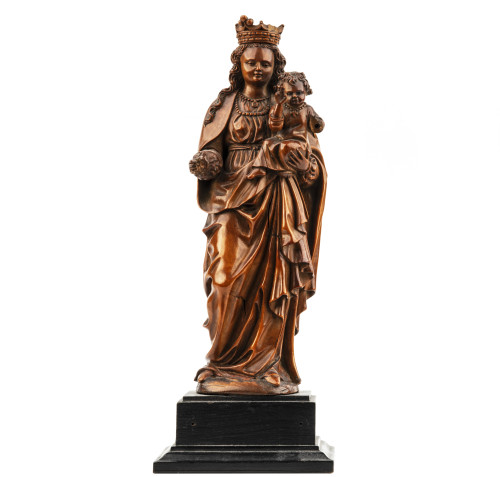 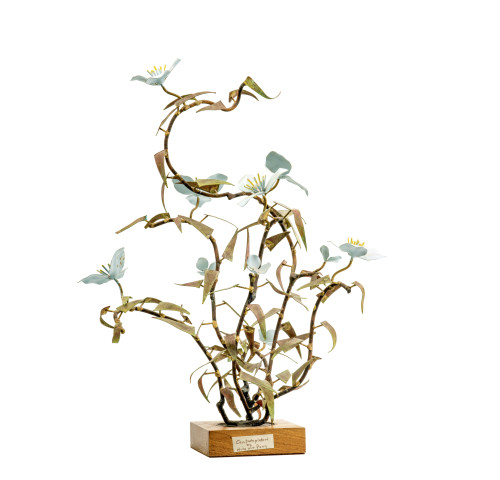 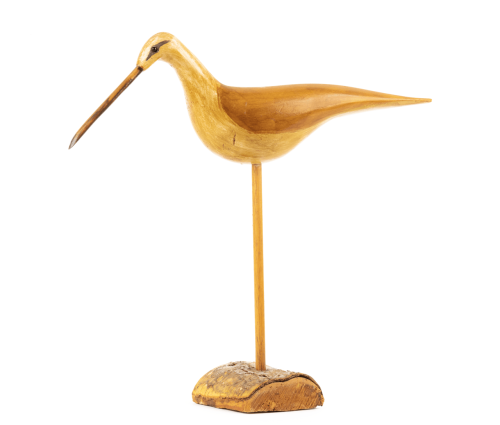 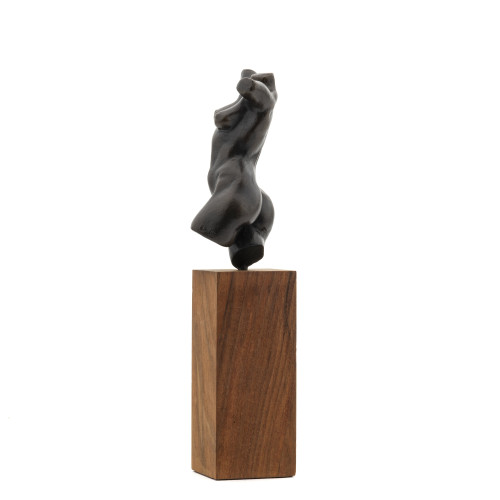 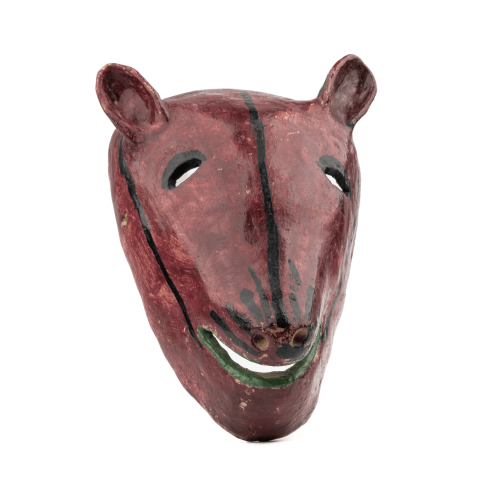 A Vintage Mexican Pottery Mask Of A Boar Head 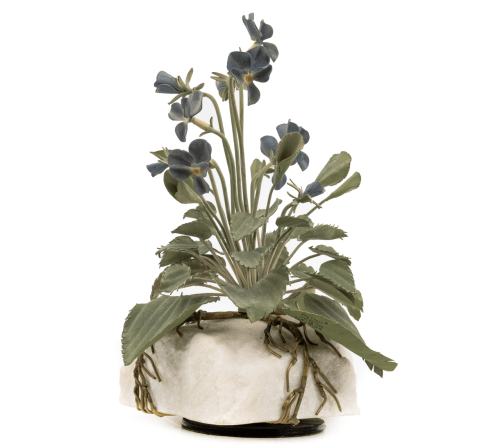 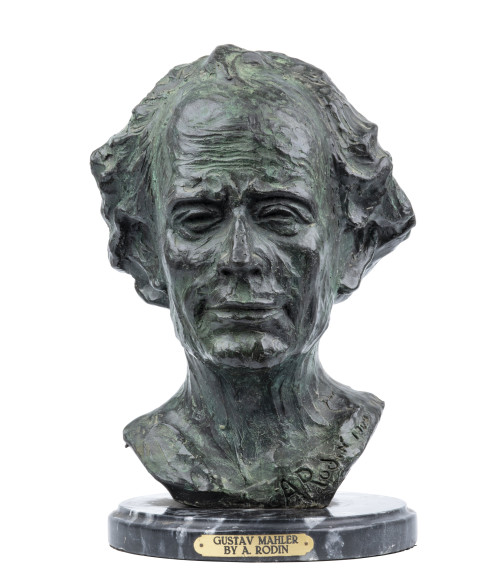