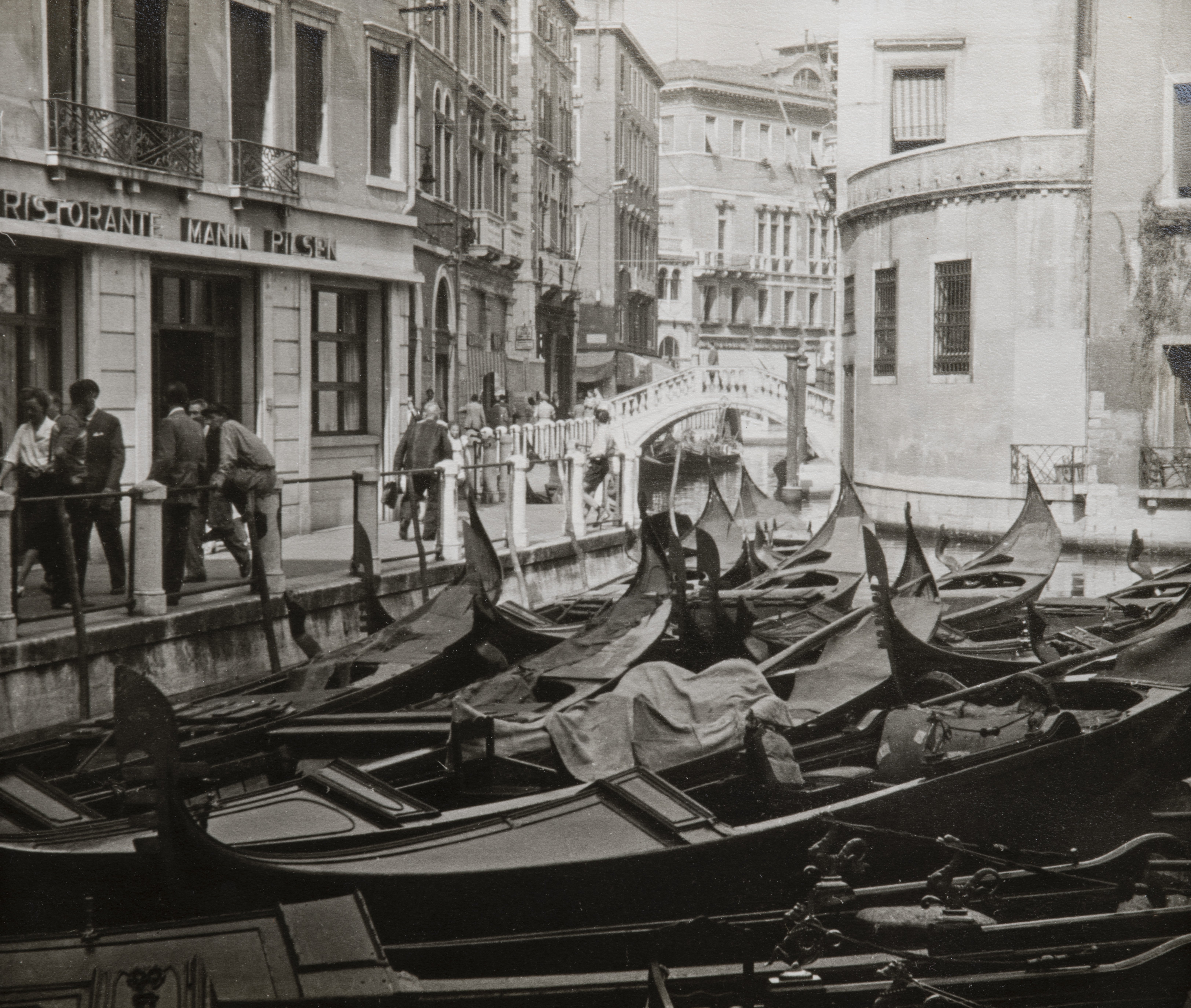 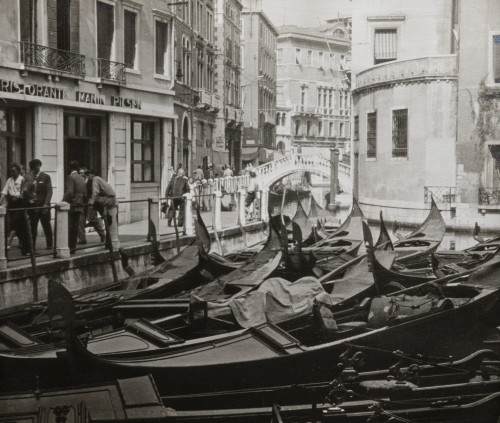 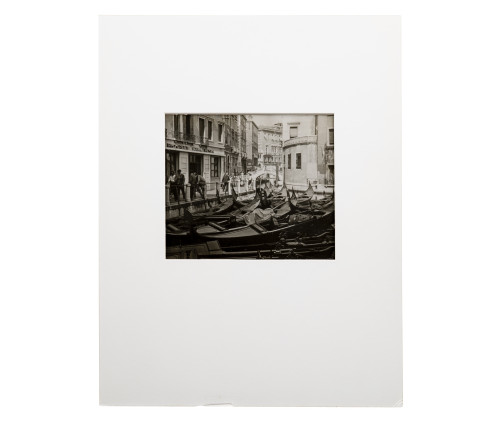 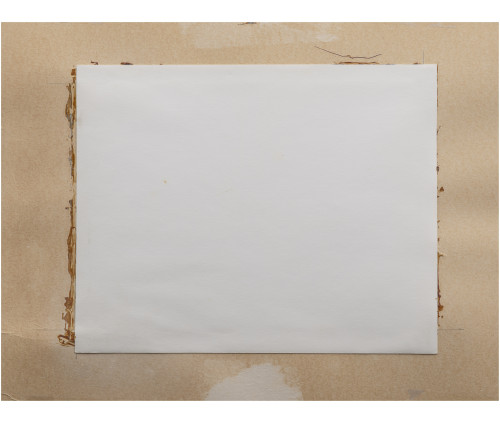 The Grand Canal in Venice, Italy, has a history that dates back many hundreds of years.  The Grand Canal has produced many iconic images that span the history of art and has inspired thousands of artists.

From the beginning of the Venetian School, this city has Influenced the Renaissance painters such as Titan, and throughout later centuries has influenced such artists such as Peter Paul Rubens, to Guardi and Canaletto.

During the 19th century, Venice was introduced to the camera and many antique albumen prints, and early photographs of the city exist in images of the Grand Canal, the Palazzo Sagredo Palace, the Island of St. Giorgio Maggiore, The Ducal Palace, and St. Mark’s Campanile.

During the 20th century photographers such as Henri Cartier-Bresson welcomed Venice with the power of his camera lens.

Condition: With matting tape to the back of the photo, toning to matting, some loss to edges of the mat, scratches to photo, dust and debris, the back with glue residue, scuffs and stains to matting 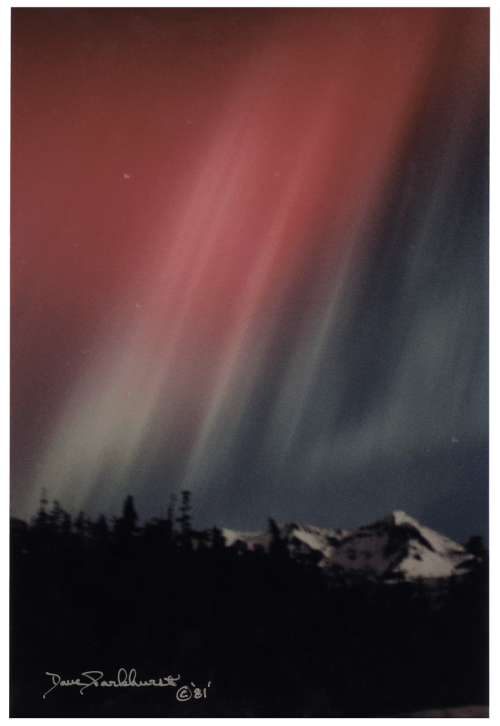 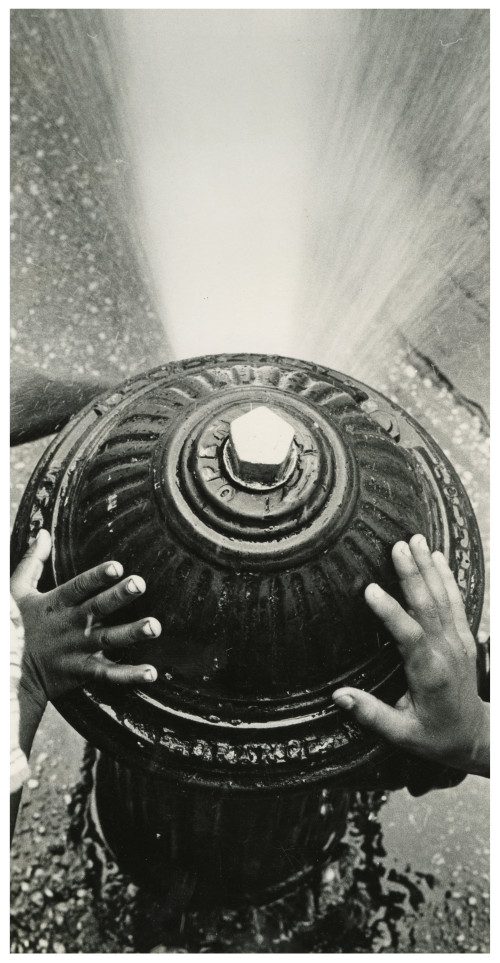