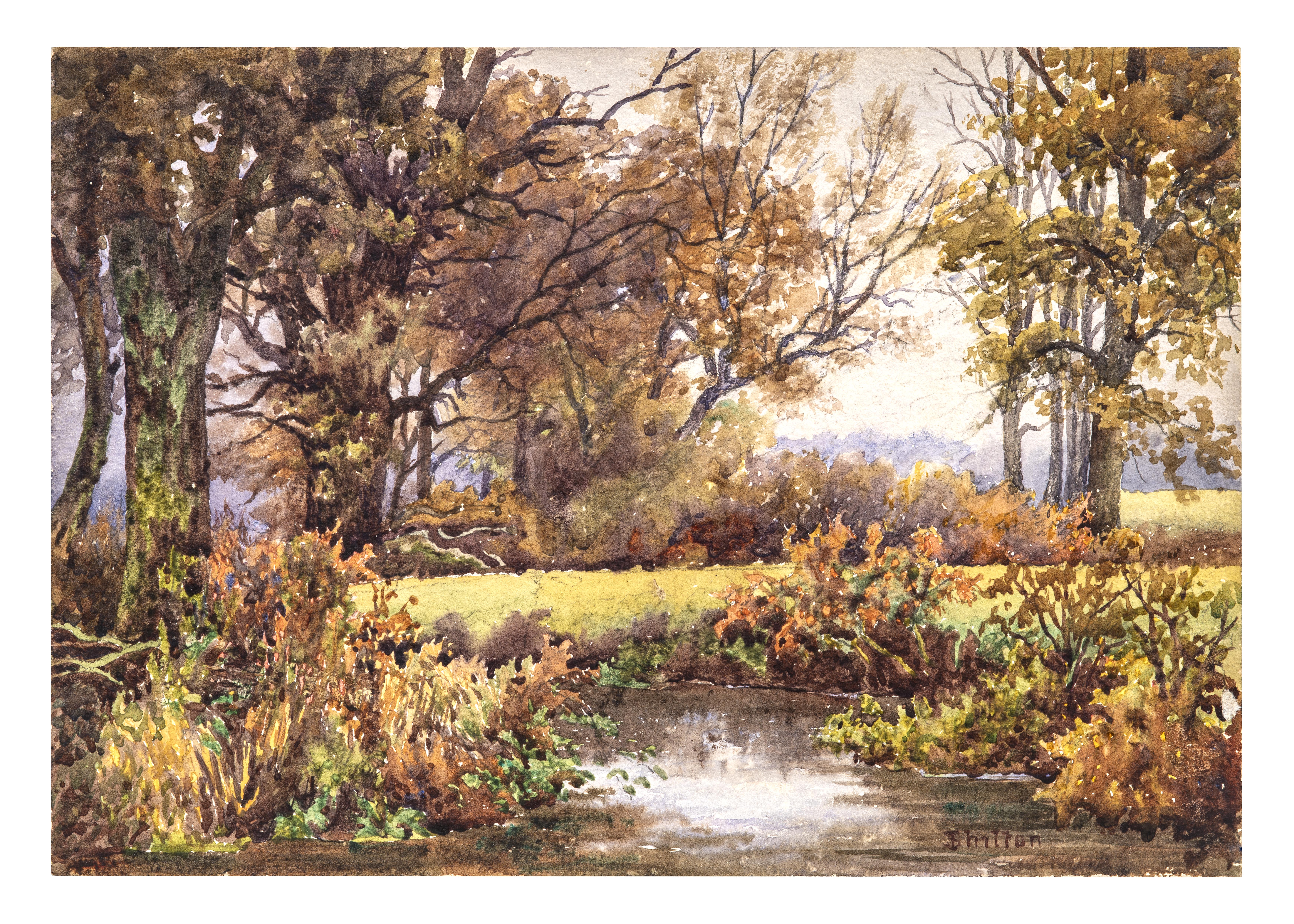 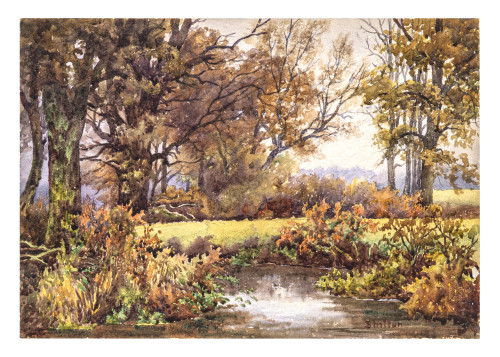 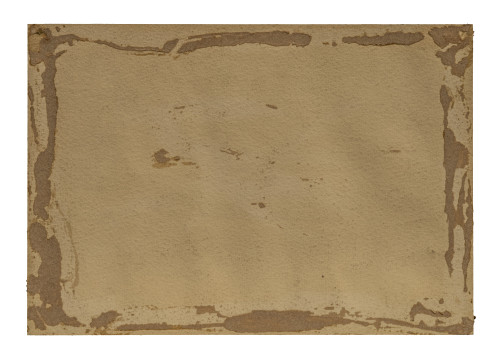 This work in that tradition would typically be considered a study work or sketch that would be a precursor to a more substantial work, perhaps a canvas using oil paint.  Examples of such study works can be found by artists such as Asher Durand, William Trost Richards, John Fredrick Kensett, and Martain Johnson Heade.

Signed T.S. Hilton, circa 1890-1900.  While no direct records of T.S. Hilton exist by all accounts, he was probably a semi-professional artist.

Condition: With toning to the paper, surface and mounting residue, and some warping  to the sheet 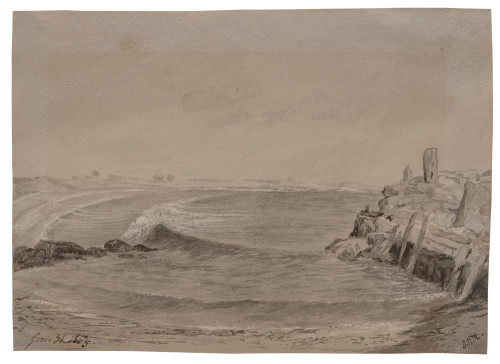 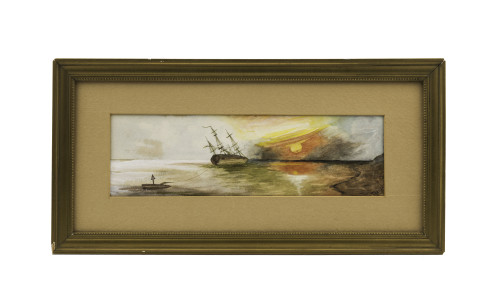 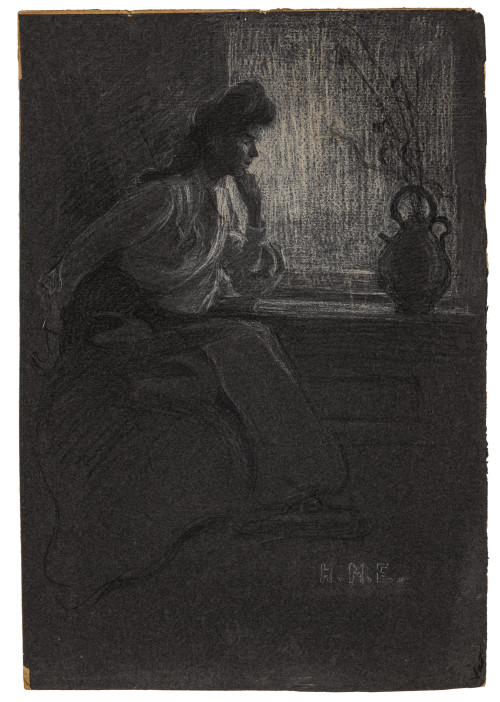 An Antique Pastel On Paper Portrait Of A Lady & Still Life Signed H.M.E. 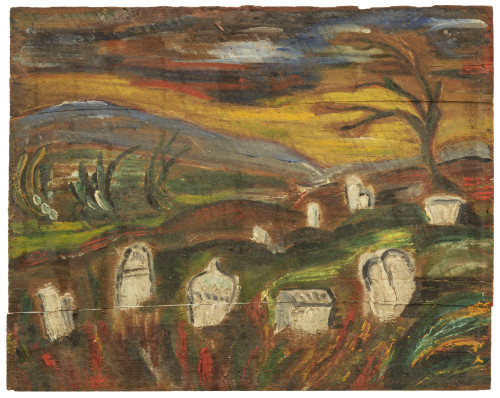 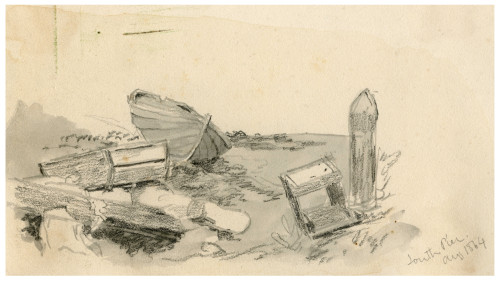 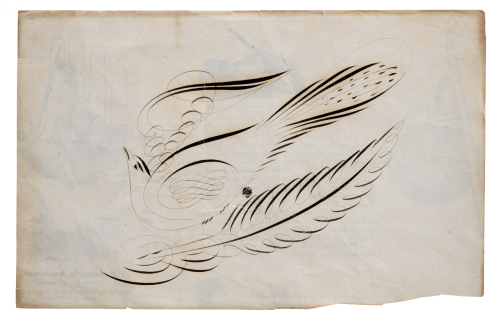 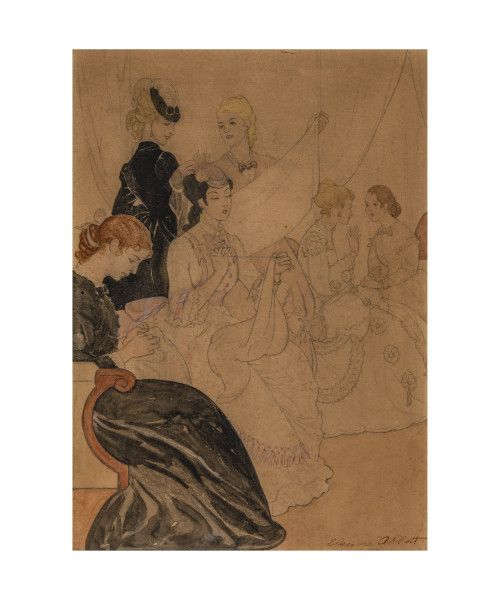 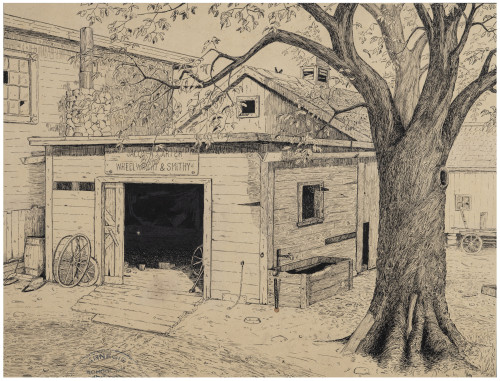