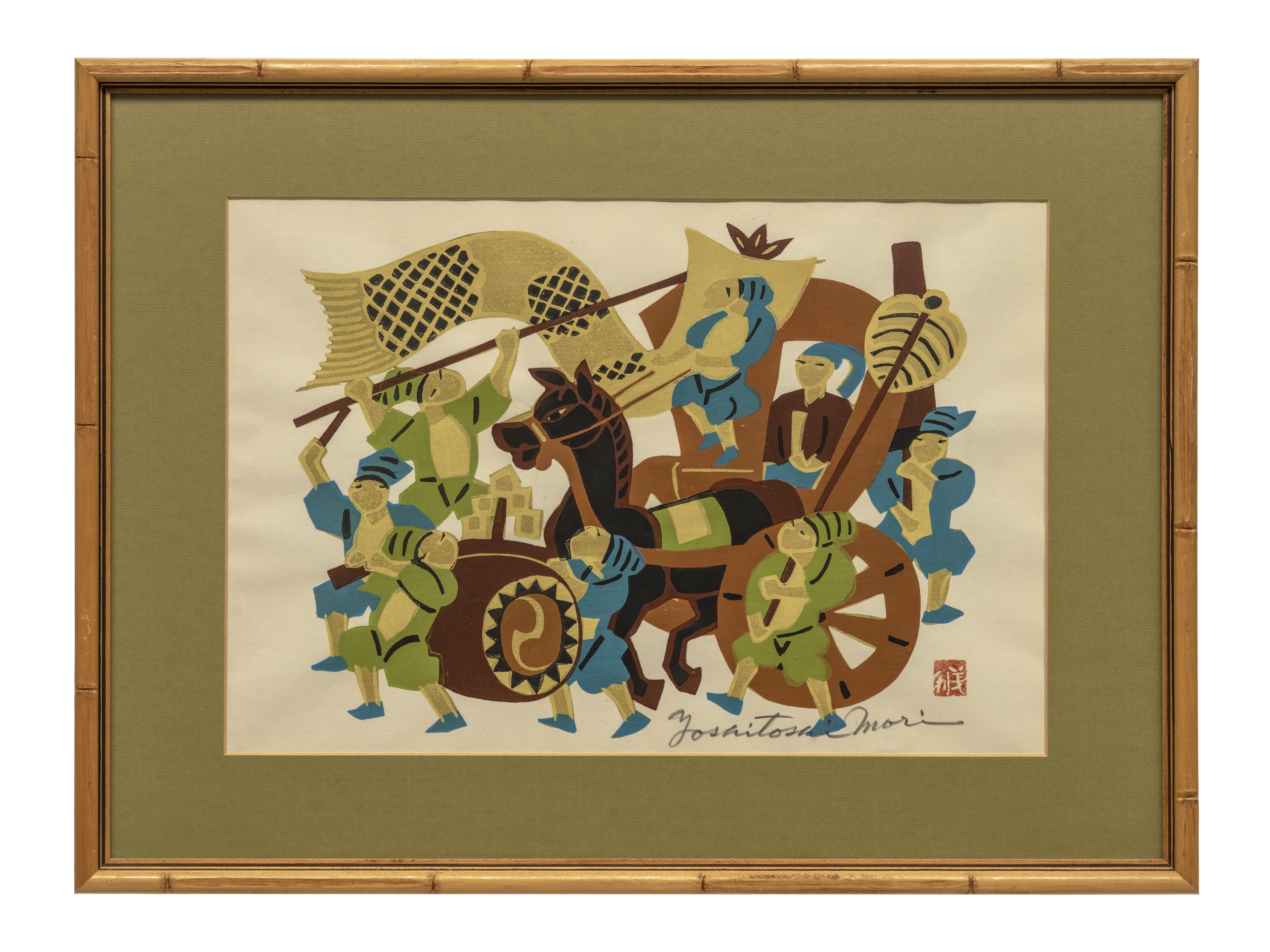 Inscribed “Mori, Yoshitoshi, born 1898, medium in Japanese stencil. The stiff brocade costumes of Kabuki’s characters striking a climactic post, the entangled bodies of tipsy merrymakers carrying a heavy portable shrine, a devil-like guardian of a temple gate, busy native craftsmen, and action-filled scenes of Japanese folklore mane up the meaty range of subjects of a More print.  No matter what the subject, the images are united in a dynamic mass that has become Mori’s identifying mark.  Mori is a folk artist in his expression, his stencil technique, his simple natural materials.  Perhaps his only concession to modernism is the outsized dimensions of many of his stencils. The colors are earthy, natural pigments, in keeping with native off-white papers.  They unify the designs rather than counterpoint the bold lines and implement the strength of his style. Mori’s prints are a record of his generation; they document an age that has all but disappeared. Hopefully, these robot scenes will convey the vitality and joy of that period  to coming generations.”

Condition: The signed stencil print not examined outside of the frame, ripples and toning to the sheet, the frame with wear consistent with age, wall frame wall mounts required for hanging 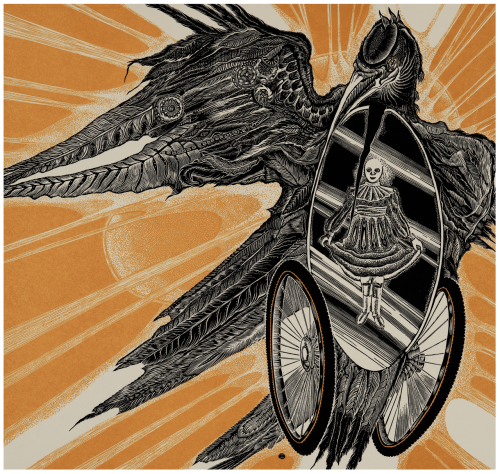 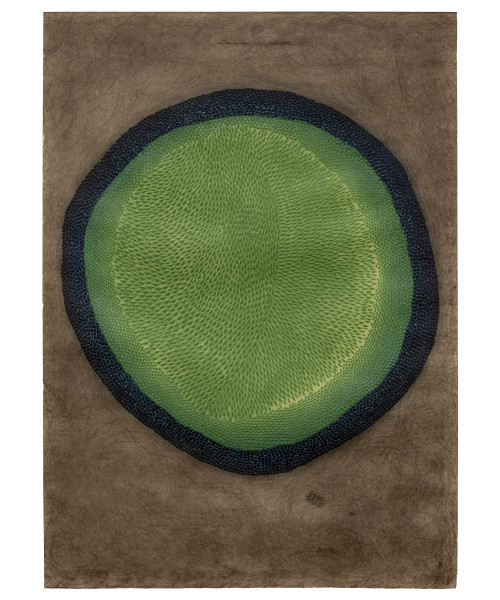 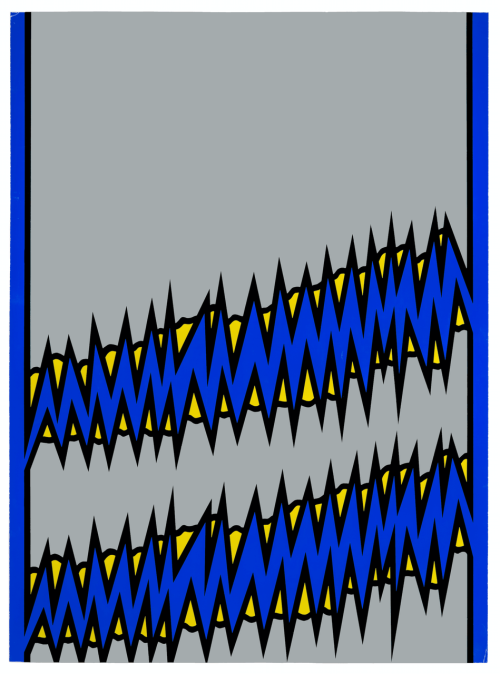 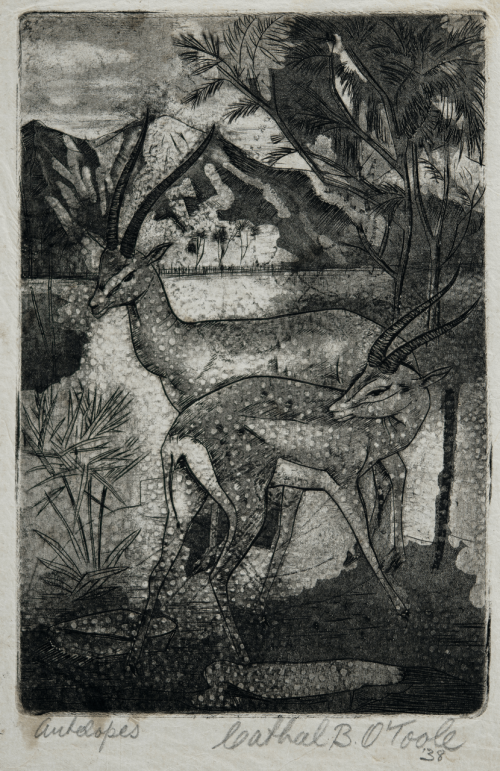 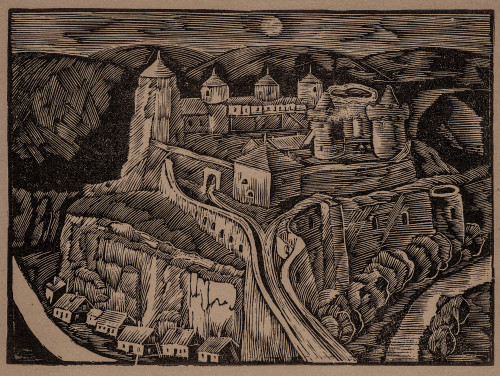 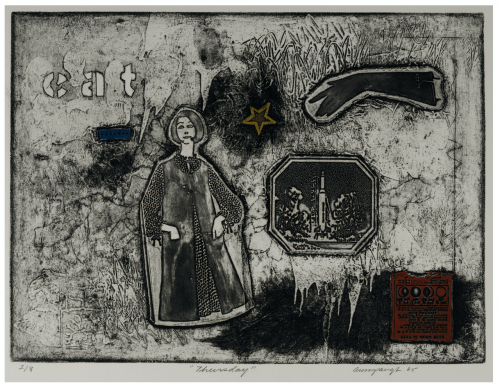 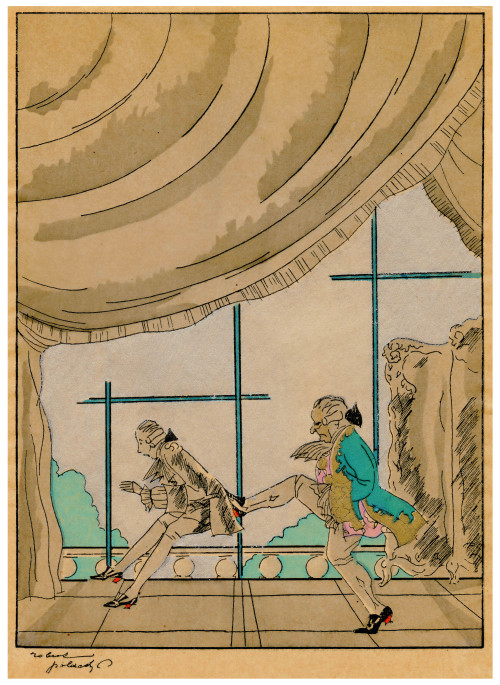 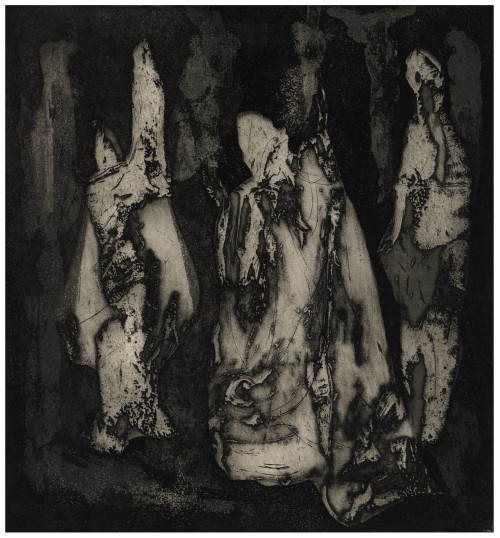